As you begin participation in another athletic season, the Athletic Department of Boone Grove Middle and High Schools wants to make sure your student-athlete use utmost care when using social media.  Please portray yourself, your team, and the school corporation in a positive manner at all times.

USA TODAY High School Sports has a weekly column on the recruiting process. This isn’t about where just the top five-star athletes are headed but rather a guide to the process and the pitfalls for student-athletes nationwide from Fred Bastie, the owner and founder of Playced.com. 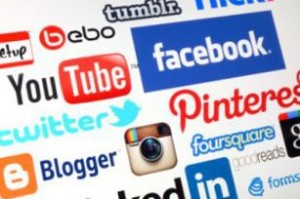 To a large extent how you handle yourself on social media is common sense, but potential college recruits need to be more careful than other students and they need to understand the ramifications of social media behavior. Here are some thoughts to consider with respect to your social media accounts.

A college coach’s first impression of you will most likely happen sooner than you think. In fact, it might have already happened. College coaches generally do their homework on recruits well before the first phone call or email, and they may start with your social media accounts.

Many college athletic programs actually have someone in charge of reviewing and monitoring the social media accounts of prospective athletes. They’re hoping to not find racist, sexist, vulgar or profane posts. If they do, they will move on to the next recruit on the list. There have been thousands of recruits scratched off recruiting lists based just on their social media accounts. In fact, if a coach doesn’t like your Twitter handle, he or she may not even consider you as a prospect.

When a coach reviews the social media accounts of a potential athlete, they are looking for more than just inappropriate posts. They can learn a lot about a recruit based on their behavior online. For example, if a student-athlete has the time to be on Twitter, Instagram or Facebook 24/7, coaches might question a recruit’s priorities. If gaining followers, likes or retweets is your priority, then those habits might take away from homework, practice and/or just being a kid.

Finally, while consistent profanity or negative posts are certainly red flags, coaches also monitor social media for other warning signs. If it is apparent from your posts that you don’t get along with your coaches or teammates, that you dread practice or hate homework, that might be a sign for a college coach to steer away from you.

Based on the above, every high school athlete looking for an athletic scholarship should seriously think about each and every share, post or tweet. Today, more than ever, we are sharing, posting and tweeting every detail and activity of our day right down to the Honey Nut Cheerios you had for breakfast.

Keep in mind that whether you like it or not, your posts are a reflection of your character – good or bad.  I’m not suggesting you delete your social media accounts, but you have to be careful, because anything you post might be seen by a college coach, a scout or an alum from a college you might be interested in. Florida Atlantic athletic director, Patrick Chun said, “It’s what’s called a virtual tattoo. You tweet something or Facebook something, and it could be there forever. You have to be smart about it.”

High school athletes need to be extra cautious with social media during their time as an athlete. Don’t throw away years of hard work and practice with one picture or post. College coaches want players who make good decisions and will represent their university in a positive way.

There is an old saying carpenters use to avoid mistakes: “Measure twice, cut once.” The same thought process holds true for social media: “Think twice, post once.” If you have any doubt whatsoever about something you have just typed into your phone, delete it before you post it.

Alternatively, you could take the J. J. Watt approach.  Here’s his advice for student athletes: 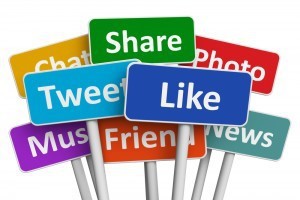 If you make a mistake on social media, fix it

The best thing you can do when you make a mistake of any kind is to admit it, learn from it and don’t let it happen again. Don’t make excuses or try to hide it. If you realize that you tweeted or posted something you shouldn’t have: 1. Delete it immediately 2. Take responsibility for it.  I’m not telling you to issue a blanket apology across all your social media platforms, but if the subject of an inappropriate post comes up with a college coach or anyone else, just be honest, take responsibility and let them know it was just a mistake that won’t happen again.

Finally, every recruit should periodically go through their social media with an objective eye and ask themselves, “What would someone who doesn’t know me think of me if they read/saw that?” Or, “What would grandma think about that post?” If you don’t like your answer to either question, it’s time to hit delete…